Patriot One Ramps Up and Enters The Big Leagues 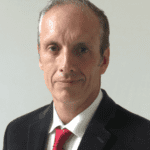 Gun violence is hands down one of the most pressing issues of our day.

So prevalent in our daily lives, names of mass shootings are now common household names. Columbine, Sandy Hook, Pulse nightclub in Orlando. The list goes on and on.

We are only four months into the year and already the gun violence stats here in the US are staggering:

We have become numb to the headlines. Another day, another lone gun man spouting hate and killing scores of people.

Unfortunately, our politicians seem unable or unwilling to come up with any meaningful legislation to help reduce these numbers.

How many more senseless mass shootings can this country bear?

Fortunately for us, there is hope to ending the madness. Hope in the form of technology.

The technology is relatively simple and already in use. I'm talking about radar detection. You've seen them before at the super market or Walmart. That little black box above the door that detects you are walking towards the door and opens it for you.

Patriot One has been feverishly working day and night to develop a technology, based on the same radar tech principal mentioned above, in order to detect deadly weapons with the potential ability to alert authorities to weapons threats before it could become deadly.

And the company is making great headway in winning the fight to protect civilians from multiple weapons threats.

Patriot One Technologies Gets Its Due

Those of you who follow us here at FNN, already are in the know about Patriot One Technologies (TSX: PAT, OTCQX: PTOTF, FRA: 0PL) and hopefully have profited from my early research.

I wrote up an article on the company last year. You can read that article here.

Today, the company has matured from its initial junior start to garnering well-deserved attention from major universities, defense contractors and not to mention its ever-increasing support from the investment community.

Patriot One was recently uplisted from the Junior TSX Venture Exchange to the Senior Toronto Stock Exchange (the big board “TSX”) in Canada.[2]

Other accolades include being named to the 2019 OTCQX® Best 50, a ranking of top performing companies traded on the OTCQX Best Market last year.[3]

All a testament to the hard work management has been doing to advance their company's technological solution addressing security and gun violence plaguing North America.

The first piece of the threat detection puzzle Patriot Technologies has developed is the PATSCAN™ CMR.

This is the unique radar detection technology I previously mentioned earlier.

Early research was initiated from a NATO seed grant and research partnership with McMaster University, one of Canada’s leading technology universities, to develop proprietary technology to automatically scan and detect weapons, disturbances and suspicious behaviors.

The technology, which is intended to be placed at key access points, utilizing Radio/Radar wave emissions to safely target, identify and notify of concealed weapons threats sent through software recognition of specific wavelength patterns.

The frequencies are received, and sophisticated software algorithms analyze the data to identify any concealed objects.

The radar technology is coupled with state of the art Artificial Intelligence (AI) to literally learn what threats are real and those that are not.

This machine learning component is what really sets Patriot One apart from any other threat detection system available today.

The Patriot One software system gets ‘smarter’ with every minute, hour, day and week as it is always detecting potential threats through continued use. Hence, forever learning as the system is in play at multiple locations.

Artificial Intelligence (AI) is changing the world we live at light speed, and Patriot One is one of the many companies harnessing that incredible power. Read more about AI in my article here.

At the core of all three of Patriot One’s detection technologies sits AI. This technology allows for next stage surveillance as it automatically scans and analyzes incoming data for potential threats much faster and more efficiently than any human.

The PATSCAN software puts deep learning architecture to work and literally learns what and how a threat is realized in real world situations. The AI software is designed to learn from its mistakes, and to better recognize potential threats (more importantly, non-threats) the more it is used.

Any detected potential threats are automatically sent as alerts to security personnel with specific threat information.

This 'smart' radar-based threat detection system recently caught the eye of one of the world's largest defense contractors, Raytheon.

Raytheon will fund Patriot One with $3 million CAD in non-dilutive cash financing for further development of the PATSCAN™ CMR.[5]

“Raytheon has been a leader in developing radar technology since World War II. One of our missions is seeing the unseen which complements Patriot Ones’ concealed threat detection solution,” stated Terry Manion, Vice President, Raytheon Canada Limited.

It just keeps getting more interesting, right? And the story doesn't stop there.

The technology is the result of a recent acquisition of EhEye Inc., which is now a wholly-owned subsidiary of Patriot One.[6]

The PATSCAN VRS system becomes the eyes of the Patriot One security threat detection suite.

The latest addition to their security suite is the PATSCAN STS. This technology offers a detection device that scans for and identifies potentially lethal airborne chemicals and explosives with a parts-per-billion sensitivity. Again, this technology is part of the AI system and alerts officials of combined possible threats to security personnel autonomously.

This technology came onboard earlier this year with a binding operating agreement with Nano-Bio Detection Systems LLC.[7]

Both of these additions are smart moves in my opinion. These two technology acquisitions add and enhance the company's three layer, autonomous AI multi-sensor driven platform (body scanning, video scanning and airborne scanning).

The benefits are that the PATSCAN security suite creates a three-tiered unobtrusive threat detection system that reduces privacy concerns and supports the feeling to normal everyday North American citizens of not  having to live in a security walled fortress. It also significantly reduces personnel needs as security is primarily deployed against identified threats through smart software.

Talk about a company that's doing things! No wonder they have been recognized as one of the top technology investments on both the TSX Venture and OTC markets as well.

With help from Cisco Systems Inc. (NASDAQ: CSCO) and its Innovation Centre in Toronto, Patriot One was referred to Singlewire as an ecosystem partner.

The PATSCAN suite is now integrated with Singlewire Software’s InformaCast emergency notification software to send mass communications throughout an organization when a potential threat is identified.

Once a threat is detected, organizations will be able to reach Cisco IP phones, IP speakers, desktop computers, digital signage and more with emergency alerts featuring audio and text.

Now, with Singlewire and InformaCast, we can detect and spread information to people through a variety of devices to help keep them out of harm’s way.
— Martin Cronin, CEO
Patriot One Technologies

My Top 5 Reasons You Should Consider
Patriot One Technologies

Agreement with Raytheon: A good sign when a world class defense contractor is investing in the technology.

Best in class: Patriot One Technologies has limited competitors in the field that can compare to its current product lineup at this time.

Unique Technology Security Play Setting Up for the Next Stage

This company has just blown away all my expectations since my initial coverage. I knew at the time it looked like a winner, but I had no idea the advances the company would make in such a short time. The advanced technologies the company would acquire , along with their AI integration, makes a powerful security suite that has very few rivals today.

While this technology might be controversial with certain gun owners in the U.S. This level of sophisticated technology is needed in a world where the gun violence problem has escalated in the past number of years. In order to keep people safe in primarily public venues including concerts, nightclubs, transportation hubs, sporting events, and schools… Patriot One Technologies (TSX: PAT, OTCQX: PTOTF, FRA: 0PL) is at the unique position to provide these needed solutions to enhance public safety in North America and on an entire worldwide scale.

In my opinion, Patriot One serves not only a public security responsibility, but to an investor, a greater cause for investing. That’s why I am continually researching and covering this company. 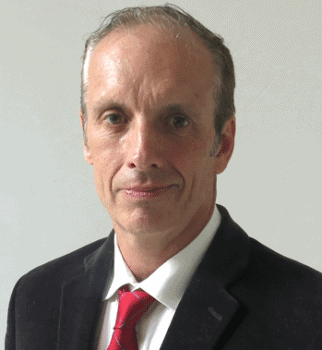 MF Williams
MF Williams came to FNN with an already impressive career analyzing small and microcap companies. He became involved in banking and finance working for BNP Paribas North America in New York City in early 2000. He soon found his true passion in small and microcap sector stocks, with their dramatic potential for upside growth. With over 20 years of experience analyzing and researching emerging small cap public companies, his insight and skill set are unmatched.
ABOUT US
MARKET DATA 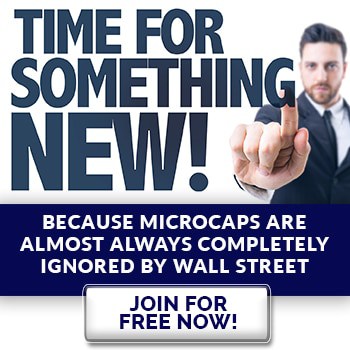