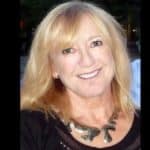 With all the talk about the market reaching ever-higher highs, the S&P 500 is still up only about 7.5% in the nearly two years since the beginning of 2018.[1]

That leaves many investors hunting for big profits to offset the market’s generally low returns.

One ray of light is shining from the enormous $2 trillion media and entertainment industry, which is being shaken up by the revolutionary changes in content delivery technology and services to consumers.

Streaming video on demand (SVOD) is rapidly replacing traditional broadcast and cable television, which in my opinion, will soon become as obsolete as Betamax and analog TV.

Those billions of dollars are flowing to lucky downstream suppliers who are seeing their bottom lines grow exponentially.

“There is money being thrown at people and ideas and scripts at a level that has never happened before in Hollywood,” said Parks Associates senior analyst, Bret Sappington, to The New York Times.[2]

In the same November 18 article, The New York Times said:

All told, streaming service providers, which includes names like HBO Max, Peacock, and CBS All Access, will spend an estimated $240 billion over the next year to acquire content.[3]

That’s a lot of moolah. And you might wonder where it’s going. After all, there could be great opportunity there.

Especially since the SVOD providers will no doubt keep up their blistering pace of original content production in the foreseeable future too. So figure roughly $100 billion a year for at least the next few years. That’s just over $293 million per day for original content. Wow!

Today a whopping two-thirds of the half-trillion dollar global TV revenue pie goes to content creators and rights holders, up from just 36% just five years ago.[5]

Which means that content producers are going to be raking in the bucks.

While the universe of publicly traded content producers is not large, there are a few companies that could potentially offer big rewards for investors.

There are only a dozen or so content production companies that are publicly traded. Of those, only three are potential buys today.

Lionsgate Entertainment (NYSE: LGF.A) is the studio behind film blockbusters like “The Hunger Games” and the “Twilight” series. It also produces and syndicates nearly 70 television shows to about 25 other networks, including the breakout TV series “Orange is the New Black.”

Lionsgate is an industry leader, releasing more than a dozen motion pictures in a typical year, which are added to its 12,000+ motion picture and television library.

Yet the company has suffered through a couple of big earnings misses over the last year, and so investors have traded LGF.A down to the low end of its range. Notably, the firm’s chairman, Mark Rachesky, has taken advantage of the price fall to buy 2.4 million shares, spending $22 million at $9.19 a share.

Today the stock sells for around 62% of book value and only 48% of annual sales — even though Wall Street consensus is that earnings will likely quadruple over the next year.[6] Analyst consensus on price target is $15.60, with estimates ranging from $14 to $23, an increase of 146% over its current price.[7] What all that means is that LGF.A is grossly undervalued. It’s a bargain that deserves a closer look from investors.

LGF.A has soared 26% in the last four weeks as of this writing, after blowing away analyst estimates for its Q2 results.[8]

Corus bills itself as “Canada’s largest pure play media and content company,” owning 44 specialty channels as well as wholly-owned divisions Corus Studios and kids’ content producer Nelvana. Content partners include some of the largest platforms in the business, including NBC, CBS, Sony Pictures, 21st Century Fox, Disney, and a host of others.

Corus’s roots are in conventional broadcast TV, and as such, it suffered falling revenues as audiences and advertisers shift to SVOD. However, in 2018 Corus launched their own premium streaming video on demand product, Corus Global TV, which has seen a doubling of subscribers in 2019.[9]

Corus Global is now streaming on all Roku devices in Canada. This makes Corus the first Canadian broadcaster to join the SVOD revolution.[11] Consequently, Corus has seen significant share price growth. From a low of $2.75 in August 2018, Corus has gained an approximate and impressive 55% to date.

While conventional media companies with print and broadcast businesses have seen serious drops in revenue, Corus has enjoyed steady revenue growth. In Q2 2019 revenue growth of 4% beat analyst estimates, coming in at $384.1 million.[12]

Wonderfilm brands itself as a producer of low-budget film and television content. The company is the brainchild of Kirk Shaw, one of America’s most prolific film producers, with 230 films and seven TV shows to his credit including 2009 Best Picture Oscar winner, “The Hurt Locker.”

The company recently brought on board Shaun Redick and Yvette Yates, the producers of two of the most profitable films of the last three years: the wildly successful “Get Out,” with gross revenue of $255 million on a $4.5 million production budget, and “BlacKKKlansman,” which grossed $100 million on a budget of $15 million.

When Shaw’s film “The Hurt Locker” brought in nearly $50 million in box office receipts after its 2009 release, it was a clear home run, returning more than 300% its $15 million production cost. Keeping budgets low is a key part of Wonderfilm’s profit formula, another way to reduce risk for the company and its investors. It is also easier to finance and pre-sell films with modest budgets, thus allowing Wonderfilm to maintain a high volume of output.

In the often-uncertain world of film production, some industry analysts estimate that around half of all movies will lose money.[14] Economist Arthur De Vany goes so far as to estimate that only 22% of movies are profitable.[15] But with 240 films under his belt, Shaw pegs his profitability rate at a whopping 90%.[16]

Wonderfilm only began trading as a public company in April 2018 on the TSX and July 2019 on the OTCBB. The company will end 2019 with around $120 million in produced content, which means that with a market cap of just $5.2 million and a share price of around $0.14, Wonderfilm is undervalued by a factor of 22.

Time to Find Your Own Profits in the Digital Revolution

Streaming video is changing every company that delivers entertainment in the home, and every company that supplies content to those platforms. Powerful companies in the digital world are disrupting the traditional framework of studios and distributors.

They are some of the richest companies in the history of the world, and they are using the full force of their deep pockets to fundamentally transform how we consume entertainment.

As with every massive market disruption, there are profits to be made. This is the time to reach out, do your research and find yours.

Previous Post
Winners and Losers in the $570 Billion Streaming Video Revolution
Next Post
A High-Risk, High-Return 10 Bagger Stock for 2020! 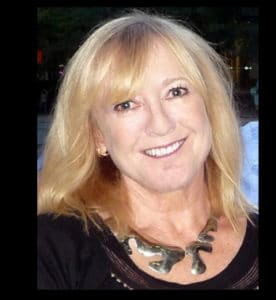 Cynthia Berryman
Cynthia Berryman covers markets and microcaps, and has written for financial newsletters that include The Motley Fool, Investor’s Business Daily, Forbes, Street Authority, and others. With keen insight into trends, she helped guide investors to safe dividend-paying stocks in 2007, high-flying resource stocks in 2011, and Bitcoin profits in 2017, as well as other prescient and profitable picks.
ABOUT US
MARKET DATA 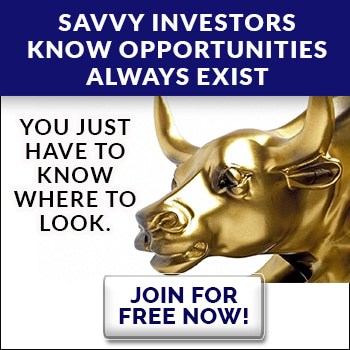